There was a cardboard box next to the exposed hot water heater on what we called the back porch in the tiny house I grew up in on West Mueller Street. That is where I kept my baseballs and glove, along with any other sports equipment I could get my hands on. I played outside a lot as a kid, and every day, multiple times a day when possible, I would grab something from the box on my way out the back door.

Most of the time I played alone, not that I was a loner per se, but we lived in a neighborhood without other children, so there simply weren’t other options. There is this embarrassingly adorable picture of me as a little boy stage propped on our front porch between a couple of older neighborhood boys, Butch and Joe, who paid attention to me and made me feel important. I dreamed of being a big kid someday and was over the moon excited to have their attention. But by the time I was a big kid, they were long gone.

So I spent untold hours in the backyard, complemented by untold hours shooting hoops on our narrow driveway, but for some reason my mind drifted recently to the many afternoons spent in our tiny front yard as a change of pace. There wasn’t much room to maneuver there, but plenty of free time and childhood imagination could make do.

When it came to baseball, my dad taught me important skills like curving a bill on a baseball cap and breaking in a baseball glove, so I would suit up, and with that intoxicating smell of leather in the air, slip on that Rawlings baseball glove and arch my index finger out the opening and transform into my hero, Ozzie Smith. I would crouch in position and imagine the pitch, then fire a worn-out baseball against the concrete porch at an angle that would make me/Ozzie range from side to side while the crowd held its breath.  I would scoop up the ground ball and whirl to fire to first. Playing alone, however, firing to first meant another delivery toward the front porch angled to hit the grass just before thumping the hard concrete resulting in a line drive back to me where I was suddenly a first-baseman stretching to beat the runner as the crowd went berserk.

It was pretty spectacular stuff, and I did this over and over and over again, all the live long day, sweating and basking in imaginary baseball glory.

Every once in a while I would misfire, and the baseball would sail just above the front porch and slam into the siding outside my bedroom window. I would wince knowing that my dad winced when he heard the errant throw, but I never broke the window, and he mercifully never stopped my treasured ritual.

I don’t know what made me think of those countless afternoons in the front yard pounding baseballs against that concrete front porch. There is nothing particularly redeeming about the memory, but for some reason I discovered that I missed it—the innocence of a little boy playing heroic baseball in an imaginary world.

I would like to visit that innocent place again. Maybe that is heaven.

I have been a Falcon and a Ram, a Bison and a Razorback, a Greyhound and a Shark, a Golden Eagle and a Redhawk, a Wave and now a Bison again—all the while rooting for Cardinals and Cowboys, and once upon a time, a patriotic team called the 76ers.

Sports mascots are weird. There, I said it. Weird, but obviously a big deal. Can grown human beings wearing ridiculous costumes really be considered serious business?  Well, an $18 million Mascot Hall of Fame opened earlier this year in Whiting, Indiana. Let that one sink in.

Weird, yes, but it isn’t that I don’t feel a close kinship to mascots, with my closet as my witness. In fact, at the Greene County Quiz Bowl competition during my senior year of high school, I wowed the crowd with a remarkable depth of sports mascot knowledge (while my teammate, Trevor, answered all the academic questions). I do love me some mascots. But they’re weird.

So now I am a Bison. Thanks to the National Bison Legacy Act signed into law by President Obama in 2016, the American Bison is now our “national mammal.” Because it is specifically mine now at Lipscomb University, I am suddenly more interested in this lumbering beast. The American bison is described as “broad and muscular with shaggy coats of long hair.” This is going to be a stretch for me. However, “Bison temperament is often unpredictable. They usually appear peaceful, unconcerned, even lazy, yet they may attack anything, often without warning or apparent reason.” That sounds much more interesting!

My friend, Tom, shared a link recently of four bison being released back into Badlands National Park. As a new and proud Bison, this actually touched my heart. I’m not sure you will care if you are an Anteater or Banana Slug or Horned Frog. But I suddenly do.

Mascots are surely weird, but maybe even mascots can teach us how to care for something beyond our individual selves. If so, may their kind increase. 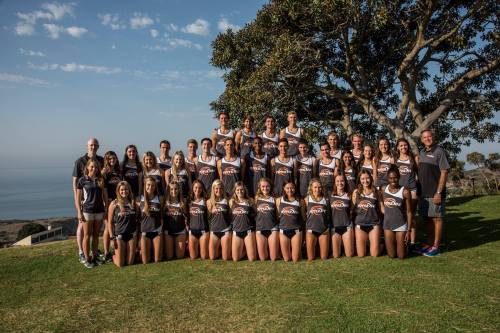 “[T]he task of the first half of life is to create a proper container for one’s life and answer the first essential questions: ‘What makes me significant?’ ‘How can I support myself?’ and ‘Who will go with me?’  The task of the second half of life is, quite simply, to find the actual contents that this container was meant to hold and deliver.  As Mary Oliver puts it, ‘What is it you plan to do with your one wild and precious life?’”

– Richard Rohr, Falling Upward: A Spirituality for the Two Halves of Life

Richard Rohr’s description of two halves of life in Falling Upward has me interested in emerging from the locker room for the second half.   We shall see.  Since the first half is so much about achievement and success, the transition is surely difficult to wrap my brain around.  It is much easier to try to be someone than to actually be someone.

As I struggled over the summer just to imagine such a thing, I tried to remember myself as a child before I boarded the train to Achievement Town.  What did I enjoy back then?  What did I love?  What made me smile?  What would I do just for the joy of it all?  Well, one of the primary answers was sports, so I made the calculated decision to be a huge Pepperdine Waves fan this year.

I haven’t been a very good Waves fan in recent years.  This is my third year to serve as volunteer chaplain for the cross country team (see proud team picture above), but I have been a sporadic fan at best for the other sports on campus.  My excuse was that I was just too busy, but “too busy” is undoubtedly the sort of thing you say when you are stuck in first half of life thinking.

The thought that got me was that if you had told “Little Al” that I/he would one day live on an amazing university campus with a fantastic NCAA Division I program fielding seventeen teams and would have open access to watch all of them in action, that would have sounded like heaven.  And I am too busy?  Give me a break.  Literally.

I am off to a great start so far.  I have been there in person to cheer on our cross country, soccer, volleyball, and water polo teams in the last few weeks – with many more teams to cheer on soon.

Being a sports fan is surely not the point of or secret to life.  But for me, it just may be the secret to remind me not to be too busy to enjoy it.