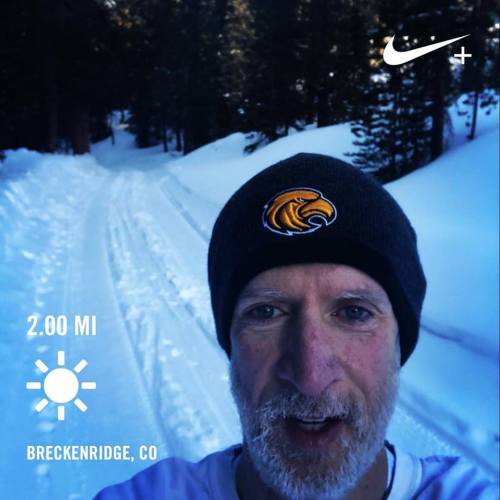 On an amazing trip to India a couple of years ago I experienced an unfortunate illness in the magical city of Shimla in the southwestern ranges of the Himalayas. It was awful. Altitude sickness was a potential culprit given the location, timing, and some of the symptoms, but that never was confirmed. Just to be safe I concluded that I should avoid higher elevations for the rest of my life. Such drastic solutions come to mind more often as one ages.

But then our staff planned a retreat to Breckenridge, Colorado. At ten thousand feet elevation. Awesome.

I could have said that the trip was a bad idea, which would have been a lie. I could have simply wimped out, which fits me. I could have created some excuse, but I ran out of time before coming up with a good one. So just over a week ago I found myself in Breckenridge, Colorado, in dazzling scenery and single-digit temperatures with a wind chill double-digits below zero.

Our fearless leader counseled that we start hydrating several days prior to the trip, and as anyone monitoring my trips to the bathroom would confirm, I complied. In addition, my doctor prescribed some meds, which I took as directed, so all in all I did my part and waited to see what happened.

I was great. Zero problems whatsoever. The view was breathtaking, but not even literally. I never felt light-headed or short of breath, nor did I experience any of the harsh and unspeakable things I did in that unfortunate hotel bathroom in India.

I took my running shoes to Colorado just in case. I am a runner that has grown less interested in races and far more attracted to fun runs in fascinating places. I have now been on crazy cool runs on five continents and in bunches of states and am always on the lookout for more, and I had never been in a place like that gorgeous cabin in Breckenridge. So on our last morning I woke up with the rising sun, layered up, stretched, and stepped out into the bitter cold.

My intention was to run a mile up the road from the cabin and then come back down for a second easy mile and declare victory, but it turns out that running uphill at elevation in ridiculously cold weather is not as easy as it sounds. So I labored to make it a half mile uphill without passing out before returning for some quarter mile repeats until I made it to two miles.

I had unnecessarily worried about my footing; my major worry (beyond passing out) turned out to be that I could not feel my hands. Thankfully I was running instead of juggling. But any worries had to take a break because the experience was just so awesome that it defies description. Crunching snow in running shoes on a rave run high in the Rockies is one of the coolest experiences ever. No pun intended, but duly noted.

It is funny how we avoid our deepest fears. Sometimes, at least, facing those fears leads to a place so beautiful that you could not have imagined it even if you tried. 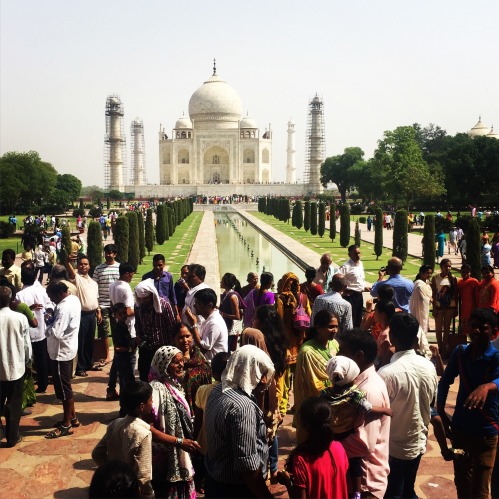 The fun folks at Merriam-Webster define exotic as “strikingly, excitingly, or mysteriously different or unusual.”  I now just picture India and call it a day.

I followed two colleagues to the other side of the world last week to cultivate relationships on behalf of the law school, and from a business perspective it was a successful trip.  From a personal perspective, I brought home extraordinary memories of…

I don’t really know what to do with all of these memories just yet.  They are almost too much to process.  Sadly, I suspect that I have already forgotten images that in any other context would be unforgettable.

What I do know is that the world is filled with exotic places.  And that they are worth checking out.