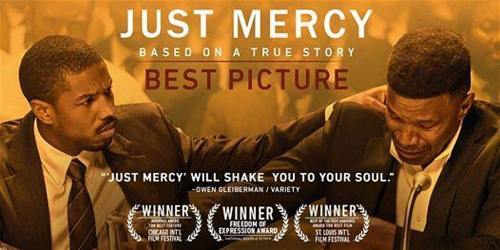 Four years ago I posted about a powerful book and the opportunity to hear its author speak. The book was Just Mercy by Bryan Stevenson, and four years later I have never fully recovered. When I learned that a feature film based on the book would hit the box office, I made sure to be there opening night to soak it in. Like the book and the real life it represents, the movie is disturbing, emotional, and inspirational.

But it is this special day to remember Rev. King that has me thinking about Bryan Stevenson today. Stevenson has often been interviewed about King, been given awards named after King, and even been described as one whose work best embodies King’s legacy. Although we remember King today, examples like Stevenson remind us that his famous dream is still very much alive.

And then there is the other side of the MLK equation that is represented by Howard Thurman, the “before” to Stevenson’s “after.”

Howard Thurman was a classmate of Rev. King’s father and has been described as one who had a “profound influence” on his classmate’s famous son. Legend has it that King carried a copy of Thurman’s book, Jesus and the Disinherited, in his pocket during the trying days of the bus boycott in Montgomery (the city where Stevenson would later center his work).

I recently received a copy of Thurman’s important book and was stunned to consider his observation that Christianity appeared “as a technique of survival for the oppressed.” Thurman continued, “That it became, through the intervening years, a religion of the powerful and the dominant, used sometimes as an instrument of oppression, must not tempt us into believing that it was thus in the mind and life of Jesus.”

It is difficult for me even to imagine Christianity NOT as a religion of the powerful, much less consider that its entire presentation—the very idea of “salvation”—was a path to survival to Jesus’ original audience. But it wasn’t too difficult for Thurman to imagine. Or King. Or Stevenson. Considering their writings and speeches helps me read the Bible with fresh eyes.

Today our nation rightfully remembers Martin Luther King, Jr. I am also remembering the before and the after and considering what changes that demands of me.