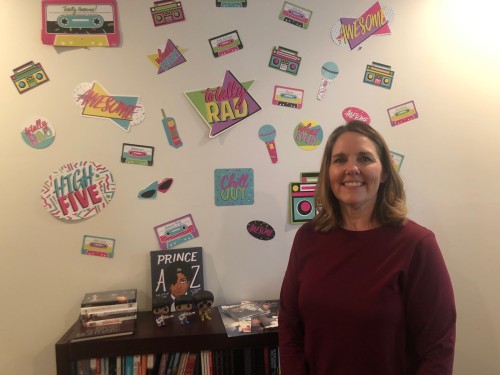 My wife enjoys telling the story of her missing thirteenth birthday.

As the story goes, as Jody began to open a gift at her twelfth birthday party, she exclaimed for some unknown reason, “If this is Charlie powder, I will just die.” (Stay with me boys and girls: “Charlie powder” was some sort of Revlon beauty product once upon a time.)  Jody doesn’t understand why she said such a thing, but she did, and the present turned out to be Charlie powder—a gift from her mother. Her mother was rather upset. Not insulted, but upset. As the story continues, her mother scolded her by saying, “What if that gift was from one of your guests?”

The punishment? No thirteenth birthday party. Oh, but that’s not all. In fact, no recognition of a thirteenth birth-DAY.  As the story concludes, that is exactly what happened one year later. No song, no cake, no balloons, no happy wishes—it was as if it never happened.

It became clear to me over time that at some point in the future Jody wanted a thirteenth birthday party. And hypothetically speaking, let’s imagine that my wife had a major life milestone birthday coming up sometime around, let’s say, now. Then hypothetically speaking (of course), as someone who tries really hard to be a good husband, one would think that such a time would be a perfect opportunity to celebrate the milestone birthday and the missing thirteenth birthday—all at once. Two parties in one, if you will. And while we are in Imaginary World, if our daughters would have flown in from across the country, that would have been a nice touch. And getting her friends and family together for a surprise party would have earned some major brownie points, too.

Well, we had a party anyway, just the two of us in person, and thanks to Google Hangouts, our daughters and many other family and friends popped in to surprise her and share sweet words from afar.

My wife is the most amazing person that I know and the love of my life. And after all these years there is one thing that I know now more than ever:

Like Loading...
This entry was posted in Original Essays and tagged birthday, charlie powder, covid-19, family, love. Bookmark the permalink.