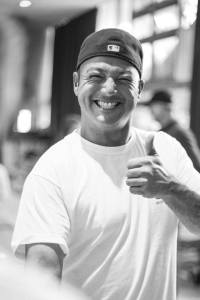 Shawn was so easy to like, which makes the news of his tragic death especially painful. He had an enormous smile, an infectious spirit, and a cruel demon that he didn’t hide from those who loved him, which was a lot of people in a lot of places.

Shawn was officially a member of our church family with his name and number nestled comfortably in the membership directory between two sets of Bairds. He had an interesting spot in the family: Reverend James Forbes once said that nobody gets into heaven without a letter of reference from someone who is living without, and for many in our congregation Shawn was the first person known well enough to approach for a recommendation.

Shawn’s struggles left him without a home, something he openly shared on stage via microphone, but he destroyed the homeless stereotype. He didn’t look/smell/act/speak like anything in the brochures.¹ Shawn hugged us, swapped stories with us, handed us bulletins at the front door, shared his life with us, and knew and remembered us by name.

The news of Shawn’s death took some wind out of me. I have experienced the loss of many people and as a former professional minister had a front row seat to the terrible specter of death on far too many occasions, but to me there is something different about losing Shawn. The loss is not inexplicable or particularly unusual, but it is its own special kind of sad.

In one way, the sadness is reminiscent of the world losing a John Belushi or Robin Williams, who brought such joy and laughter to the world that the exchange felt a little lopsided given their personal demons. Similarly, Shawn’s charm was a great gift to many, but I wish we could have returned the favor in the ways that he needed most.

Shawn will be remembered in good and right ways of course, and his spirit will live on and make us better. My hope is that we will honor him by continuing the quest for ways to help one another as we struggle through life together.² My religious conviction is to follow after Jesus of Nazareth who was known as a healer, but I have yet to get the hang of it.

My prayer for Shawn today is that he receives the mercy that he believed in and a nice warm bed so that he can finally rest in peace. And when I get to the other side, I hope he is handing out the bulletins at the door.

¹ In case you didn’t know, the brochures are all wrong.

² The timing is particularly ominous.  We came to know Shawn in Malibu through the S.O.S. (Standing on Stone) ministry, the Artifac Tree thrift store, and the Malibu Community Labor Exchange–the first two organizations are now homeless themselves, and the third just received its own eviction notice.  It is sadly becoming easier to envision a scenario where we would never have met Shawn.

Like Loading...
This entry was posted in Original Essays and tagged death, hope, struggle. Bookmark the permalink.

8 responses to “Rest in Peace”